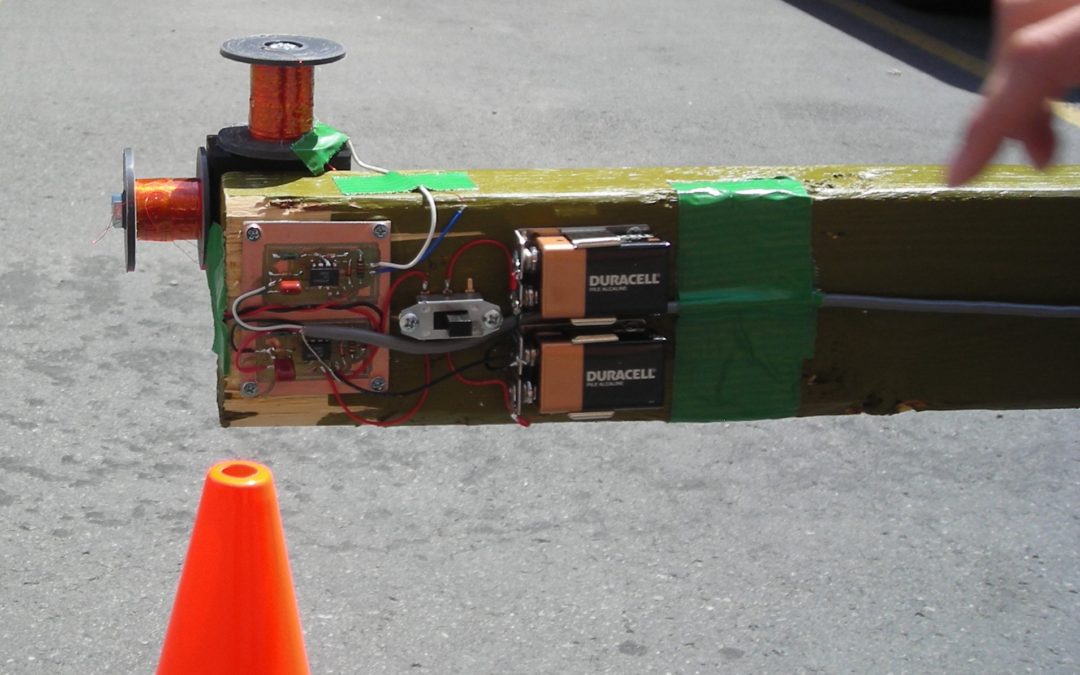 Introduction
The Celtic Engineer is a weekly newsletter produced by Celtic Engineering Solutions. We hope you enjoy it. If you have any suggestions for topics, would like to give feedback or want your email added to the distribution list please send an email to [email protected].

SBIR or TANSTAAFL
Many of you may be aware of the SBIR (Small Business Innovation Research) Program, to others it will be new. The US Government has a program that was founded by Roland Tibbetts in 1982 to award research grants to small businesses. The idea is that by supporting scientific excellence and technological innovation in areas that are considered Americas priorities, we can build a strong national economy.

A portion of the research and development budgets of the 11 federal agencies that have R&D budgets in excess of $100M are allotted to the SBIR program. Each year about $2.5 Billion is awarded to small businesses, those with fewer than 500 employees. About $1 Billion is awarded by the DoD alone, about 1/3 of that money to businesses with fewer than 10 employees. What are you waiting for? The release dates for solicitation are scattered through the entire year based on the particular agency requesting the proposal.

The program is structured as a three-phase program. The first phase is called the startup phase and can be awarded up to $150,000 for about 6 months support to explore the technical merit or feasibility of an idea or technology.
Phase 2 is a 2-year grant with grant amounts up to $1 Million. During this phase of the project the developer evaluates the potential for commercialization of the project. The entire project is organized with the idea that the developers will take the idea to market as a product.

Phase 3 has no funding set aside. In this phase of the project it is expected that the small business will go out and find funding from the private sector.

Why would the government fund these projects?
There are lots of great ideas out there. Things our country needs. Many of these projects are cutting edge. In the early stages of many of these projects the ideas may look promising, but they are too high of a risk for private investors or even venture capital firms. The US government know that while many of these ideas will fail others will succeed and will make the country stronger and will ultimately return dividends on the investment.

During the Apollo years the country was getting $7 back for every $1 invested. If that does not knock your socks off you must have dozed off. I wish I could invest in something that had a 700% return rate.

No guarantee of success
Those of you who have stopped by the office may have noticed the picture in figure1 hanging behind my desk. This is part of an SBIR grant proposal that we worked on some years ago. The idea was that the Army was flying small drones though city streets at high rates of speed and colliding with power lines. They wanted the ability to detect and avoid power lines. This was in the early days of drone technology. The military is what you might call an early adopter.
We started writing up our SBIR proposal and thought it would strengthen our chances of getting the grant if we had some actual data to support our claims. We built a simple two-axis magnetometer. The coils were hand wound and the batteries were giant 9V jobbers. The poor drone probably would not have gotten off the ground. That, really was not the point. We wanted to see if we could measure the magnetic field produced by electrical current flowing through power lines on city streets.

We built this little circuit bolted it to a two by four. Clamped it to the bed of a pickup truck using C-clamps and drove all around the downtown area collecting data. What do you think? Were we able to see magnetic fields from the power lines? What about our success at getting the SBIR grant?

Something about spilled milk
We were indeed successful in recording the magnetic fields produced by power lines. Based on our preliminary results, we could have optimized the device by miniaturizing the coils and dropping the voltage, size and weight of the batteries. We never did that though. Why? Because after weeks of hard work and thousands of words pounded into a key board, we did not get the grant.

Whether you are working on a SBIR, a military contract or a civilian proposal, there is no guarantee that your efforts will be accepted and funded. We recently worked on a civilian proposal that cost the company about $5K to produce. I often wonder when a company asks for quotes if they realize the amount of time and resources that go into producing that proposal.

Working on producing those proposals has changed the way I interact with other companies. I am much more careful when I ask for a quote. I try to let them know why I want the information. Am I about to place the order or do I want a rough ball-park kind of response from them so that I can decide if I want to move forward with an idea. We call those budgetary quotes. They take a lot less time to do but give you a thumb in the wind idea of cost for such an endeavor. I also try and respond back to a company that has provided me with a quote so they know the results. It is incredibly rude to ask someone for a quote and then leave them hanging. If I ask for a quote and decide not to peruse the idea or award the job to someone else, I try and feed that back to the people who have spent their time and resources helping me do my job.

Have you submitted an SBIR? Were you successful? I would love to hear your story.

Final thoughts
This newsletter is sponsored by Celtic Engineering Solutions LLC, a design engineering firm based out of West Jordan and Murray, Utah, which can be found on the web at: www.celticengineeringsolutions.com. If we can ever help you with your engineering needs please contact us. You can find the newsletter on the company blog, LinkedIn or in your inbox by subscribing. Send your emails to The Celtic Engineer at: [email protected], with the subject line SUBSCRIBE.